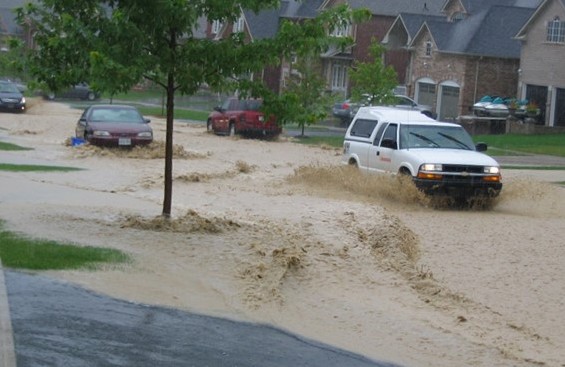 This month’s blog post comes courtesy of Adam Hare, of Petley Hare Insurance Brokers. With the recent weather events we thought it was a great time to reach out to a local expert to discuss not only some of the changes in our local weather, but also how the insurance industry is adapting to the changing weather patterns.

News coverage of Hurricane Matthew, the latest tropical storm to befall the Atlantic coast of the United States, once again reminded viewers and readers of the devastatingly raw power of wind and water.  The extensive flooding and consequent property damage were indicative of homeowner vulnerability to the forces of nature, as people/families were left without fresh food, utilities, possessions, and perhaps their entire home; unfortunately, many also lost their lives in the aftermath of this storm.

If it seems that reports and footage of tropical storms have been in the news more often in recent decades, there is a corroborating reason – the frequency of Atlantic hurricanes has doubled over the last century, and climate change is suspected as the leading cause.  It has been documented that increases in seawater surface temperatures and changes in wind patterns have fueled this escalation.

While this rise in hurricane frequency might be a lesser concern for Canadians, there are signs that weather patterns are shifting here at home also.  Environment Canada reports that the country’s climate has become warmer and wetter than merely a generation ago; some of the specific comparative data between then and now include:

These statistics are indicative that significant weather events in Canada are increasing in both frequency and severity; they should also prompt homeowners to consider the value of adding overland water protection to their home insurance policy. 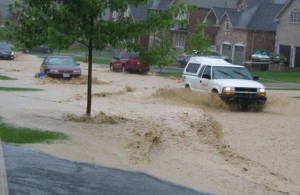 Based on the growing number of water-related insurance claims in Canada, a majority of which are linked to the above-noted causes, many authorities now consider water, rather than fire, as the primary threat to property damage/loss.  In light of this new revelation, it may be wise for homeowners to speak with a knowledgeable and experience insurance professional, to discuss the advantages of adding overland water protection to their existing home insurance policy.

Preparing for a Summer Thunderstorm

How Does the Restoration Process Work?